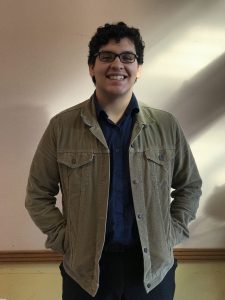 Coming from an immigrant family, Enrique was born in Grants Pass, Oregon and lived there until 2013 after completing his first year of high school. He then moved to Salem where he is currently living. Since then, he’s remained involved with local organizations aimed to make change. He’s currently at Chemeketa Community College in pursuit of a transfer degree to major in Sociology.

Enrique is the Field and Data Manager for PCUN. He is responsible for running PCUN’s electoral program (Acción Política PCUNista) as well as manages the data for PCUN.

As a volunteer, Enrique has canvassed for former Rep. Betty Komp in House District 22. He’s also volunteered for State Rep. Teresa Alonso Leon, Levi Herrera-Lopez and Woodburn School Board Member Anthony Medina. Enrique was also a part of the team that canvassed to pass the Salem-Keizer school bond and the No on Measure 105 campaign.

It is family and community that drives Enrique in the work he does. His passion is to give the Latinx community a level playing field, and to make sure Latinx are given opportunities to live out their dreams. Enrique likes being outside and spending time with friends and family. Fun fact: Enrique became an uncle when he was a one-year-old. 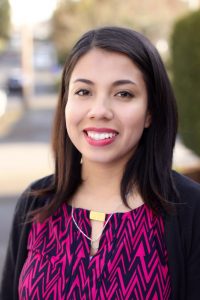 Martha Sonato was born in Michoacán, Mexico. In 2000, Martha migrated with her family to Hood River, Oregon where her parents are currently farm workers. In 2015, Martha became the first in her family to earn a Bachelor’s degree from Willamette University.

Since then, Martha has worked in Governor Kate Brown’s office as a housing and human services policy assistant and as a legislative aide in Senator Sara Gelser’s office. In 2016, Martha joined Accion Politica PCUNista, PCUN’s electoral arm and led a series of electoral victories including: running a parallel campaign to elect Representative Teresa Alonso Leon, the first immigrant and indigenous woman to represent House District 22; electing the first Latinx majority school board in Oregon right in Woodburn; passing 620 million bond dollars for Salem-Keizer school district; and re-electing progressive leaders like Kate Brown.

In January 2019, Martha became the new political director for PCUN. She is passionate about building a representative democracy and equitable policies for under served communities. 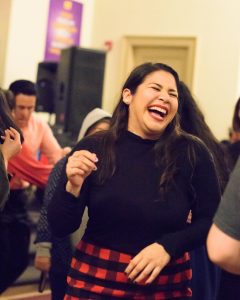 Born in Astoria and raised in The Dalles, Laura considers Oregon her first home. Being a Xicana with Mexican roots means that Jalisco, Mexico is her second home. Laura is a recent graduate from OSU where she studied Political Science and Women/Gender/Sexuality Studies.

Currently, Laura is the Membership & Communications Director at PCUN where she manages the communications content for the organization, as well as building PCUN’s membership and sustainer program.

Previously, Laura was working with the Northwest Workers’ Project as a Paralegal and the Immigration Services Coordinator advocating at the intersection of worker’s rights and immigration. She is also experienced in advocacy campaigns and electoral work, having worked directly on the No on 105 and the Cover All Kids campaigns, and organizing for State Rep. Teresa Alonso Leon’s campaign.

Laura is driven by her passion to disrupt oppressive institutions and uplift the voices of women and femmes of color. On her free time, she enjoys spending time with animals, trees, and books.